“Every fleet of ships that sails has a mothership; one ship that knows where all of them are going and sets the direction for all of those ships to sail. This doesn’t mean that the mothership determines what happens on each of the other ships in the fleet. Life on one of the ships might be mostly pleasant. On yet another ship, it might be mostly unpleasant. Now imagine the mothership is the biggest ship you can imagine, it’s a city afloat, magnificent. Now imagine that the rest of the ships aren’t really ships, but they’re little boats. The mothership is your soul and you are one of the little boats. The mothership knows why you are in the water. You may not know all of the time. The mothership knows why you encounter storms. Your job, while you have the awesome privilege of being a little boat, is to learn how to learn how to sail in the same direction as your mothership. Because you can choose and create anything you want, you can sail in the opposite direction, if you want. That is a sure way to find rough water. But as you sail in the direction that your mothership wants to sail; your life fills with meaning, and purpose, and love. You are excited about being alive. You are excited about the people that you’re with and what you are doing. Meaning is your inner compass that always aligns itself with the direction that your mothership wants to go. As you follow your inner sense of meaning, you are sailing in the same direction your mothership wants to sail.” –Gary Zukav

“Try something else. I was one of those people. I was angry, bitter, disdainful, judgmental, controlling…I think I left a few out. But that’s the way I looked at the world. I was doing the things I thought I should be doing. And my life didn’t have any meaning to it. And I used to think, is this all there is? I like that song, it expresses me. There must be more to life than this. That’s what a life feels like when you are not paying attention inside to what you really want to do.” –Gary Zukav

~Meaning is My Inner Compass~

The first time I heard these words from Gary Zukav, I cried. It still brings tears to my eyes. As time goes on and I revisit this old Gary Zukav interview with Oprah, it touches me more deeply. Probably because I think about all the times I’ve sailed in the opposite direction of my mothership (soul) and I remember the pain that doing so brought to me. I wasn’t necessarily sailing in the opposite direction on purpose. But as my life continually emptied more and more of meaning and purpose, I knew I had to change direction. I had to reach the rock bottom, my boat had to be completely emptied of meaning and purpose, in order for me to find the strength to turn it around. I had worked the same job for nine years as a cocktail waitress in a casino, because I was afraid of change and failure. I had entered into my second long-term relationship and had spent nearly four years living in its painful toxicity. I was deeply in love with someone who was simply not capable of loving me back. I lived in constant fear of him leaving me and in suffering, because my heart was always aching for the love he couldn’t give me. When I reached the breaking point and I knew the relationship was over, what kept me going was the pursuit of my dream to go to Colorado for a summer and study natural horsemanship. If I hadn’t been pursuing that dream at the same time the relationship ended, I don’t know what I would’ve done. I was not used to being alone and I suddenly found myself very alone, surrounded by pictures and memories of a relationship that was no more. I was such an emotional wreck that I’d come home at night after work, just curl up in the fetal position on the floor, and bawl until I was exhausted enough to sleep. Then I would get up, go to work, and smile as I served people, with genuine love and joy, because I do enjoy serving. But inside, I was still hurting so much. Oh, and we worked in the same place, so there was no escape at work either.

It seems ridiculous to explain how much pain I was in when I know there are people who have lived through so much worse, through the death of a loved one, or through the death of a child (which there can be no more awesome wound than that). But I also think it’s important to own our own individual hell and know that the truth our pain is not only important to recognize, but I don’t think it should be compared to anyone else’s grief either. It does no good to say to yourself, “Well I am hurting for this reason, but I shouldn’t be, because so and so has suffered such a greater, more tremendous loss than I have.” No, I think here in the earth school, we all have a unique and individualized curriculum, which involves some pain and suffering, and our own individual lessons we must learn from as we process our experience of pain and suffering. I struggled in my grief of losing a relationship, because I felt like I shouldn’t have felt as bad as I did. I felt like my suffering shouldn’t have been so deep. I shouldn’t have felt so much agony over one person not loving me back. And I think it took me longer to heal, because for so many years I’d resisted the feelings I was trying to feel, because I didn’t feel worthy of having them. So I think the deep pain and despair I felt was more than just the loss of a relationship.  Thinking back, from the time I turned 18, I began sailing in the opposite direction of my mothership. So I think, in that breakdown, I cried for every detour I’d ever taken by sailing in the opposite direction of my mothership. I cried for every single thing I threw out of my boat along the way. I felt every drop of pain I needed to feel, because it was so cumulative and so built up that I had no choice. It was erupting out of me and I had no choice but to let it out.  And in the odd, surreal, journey to Colorado with my horse, I finally began to heal a little bit, because I’d at least turned my boat around. My mothership may have been a tiny dot on the horizon, but at least my little boat was finally sailing in the right direction. As meaning began pouring into my life via my horse and the “Becoming a Horseman” course I was taking, I also began an in depth spiritual journey. I realized that after I turned 18, I really lost myself (before I ever really found myself to begin with!). You can lose yourself in work and in relationships soooo easily, and time just slips away. Once it’s gone, it’s gone. So I really began thinking, oh my goodness, I don’t want to waste another ten years, I really want to make this life count! At that moment I took my first step down a deeply spiritual path. There is still so much to learn, but I can say with absolute certainty that my soul is now my compass and I am faithfully following it in all areas of my life. I have an amazing boyfriend that I’ve been with for three years now. He loves me as I always wanted to be loved, he’s my best friend, and we have so much fun together! I’m also following the compass of my soul in the creation of my art business. When I’m editing photography, doing freelance graphic design work, writing poetry, painting, or drawing, I’m following that compass and I’m excited to to see where this journey takes me!

I encourage you all to read any of Gary Zukav’s books, but especially The Seat of the Soul. Find your mothership, sail your own awesome little boat in its direction, and watch your life fill with meaning and purpose. Bon voyage! 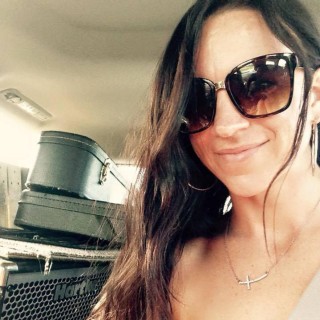 I am an artist, horse-lover, local-live-music-junkie, and a nature enthusiast with a burning desire to follow my bliss. As I strive to know and live from higher regions, I am forever transforming and now I’m sharing this process with the world. The stories in my blog are stories of my life experiences as this journey to being the greatest me I can be unfolds. Stories of radical love, wild dreams, unconventional spiritual study, creation of artwork, play with horses, love for nature, and the mystical will of Source at work in me and my life along this journey. A journey to living love and only love!